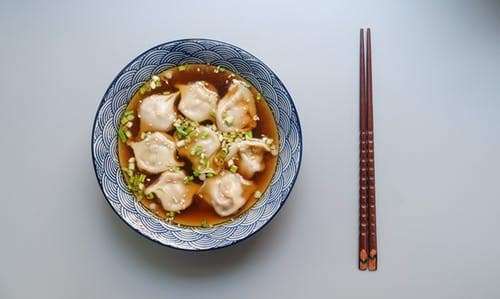 Chinese cuisine is an influence on various cuisines across Asia. the roots come from many regions. The regional variations promoted diversity. Chinese people in other parts of the world also modified it. With time the population spread. And the Chinese recipes became popular worldwide. Altering the ingredients and devising new techniques contributed to its growth. Several cuisines came into the picture of China as the rulers and dynasties came and went. Let’s dive deeper into the history of Chinese recipes and cuisines!

This cuisine originates from Southeast China. It belongs to the region of Hong Kong. The lightly cooked vegetables are the highlight of all Cantonese Chinese recipes. Sauces are not sour or spicy, but sweet. It revolves around the mild and gentle flavors. The target is freshness and sweetness. Their recipes involve the use of snakes, dogs, sea life, and much more. This sometimes comes as an unpleasant surprise for unfamiliar foreigners. To those who have become insensitive of subtle flavors, Cantonese food appears bland. The spices have coriander, black pepper, chives, and minuscule quantities of ginger. These do not make the food even a bit spicy. The best quality of these recipes is that they are low in fat. Cutting down calories is easy!

The sea borders the state of Shandong, and hence, seafood dominates this cuisine. Being the central wheat cultivating factory of China, wheat flour is a staple for the dishes and the prime flavor is salty. Techniques from Northern China influence Chinese cuisine. The ingredients included in Chinese recipes are onions, sea vegetables, and pork. Crispy, sour and sweet flavors dominate this cuisine. The cooking techniques include stir-frying, deep-frying, and quick stirring. These are common in Shandong Chinese recipes. Serving onions is a must!

People with no prior knowledge of Sichuan food find this cuisine strangely flavored. It is known for fish cooking. Each dish here has a different taste. Earlier the Sichuan recipes used to be mild, and slightly sweet. It has changed over the past three centuries. This cuisine has incorporated extreme hot flavors. Hot pepper usage started 200 years ago. This transformed many Chinese recipes. The salt of Zigong is unique. This gives the taste to the famous pickles of Sichuan.

Belonging to the province of Jiangsu province, Huaiyang cuisine attempts to keep the original flavors of food. The dishes are prepared elaborately. Also, the materials are selected with care. The Chinkiang vinegar adds a unique deliciousness to the dishes. All the Chinese recipes for this cuisine need intricate knife skills. Spices are put behind. The sweetness of meats and other ingredients remains conserved. This has now become a prominent part in banquets and parties.

China is a land rich with diverse cultures and cuisines. The word about delicate flavors and meticulous methods traveled the world. There were many routes for this. During the growth of trade, Chinese culture and cuisine also traveled to the world. Today, there is nowhere the Chinese recipes have not reached!