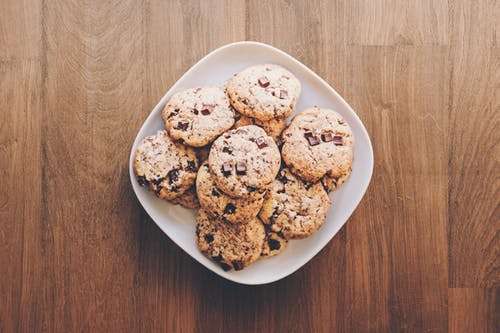 The tea culture became famous in Britain with the onset of colonization. As the British people set foot in Asia, the tea lured them. Soon export of tea to England started in large quantities from the colonized states. This gave rise to the cookie culture of Britain. Biscuits and cookies were the favorite accompaniments of people with tea. And till today, they have stayed so! Here are British recipes for five finest cookies which you can bake. Let a good cup of tea with a perfect cookie solve your problems the British way!

Oats have recently started gaining space in our grocery shelves. Noodles, oatmeals, and bread are now becoming popular. But the British understood its nutritional value long ago and made them into delicious Hobnob Cookies. Flavored with the Golden syrup, British recipes for Hobnob use unsalted butter. These are the perfect crunchy partner with tea. And if you like biscuits, you can treat yourself at any time of the day.

Chocolate is an amusing flavor. Favorite as a child, you cannot ever give up on it no matter how much you grow up. This is evident as it stands second in the list of most loved Britain’s biscuits, losing only to Bourbon. Using wholemeal flour adds to health benefits with their high fiber nature. Milk chocolate and muscovado sugar lend sweetness to these cookies. British recipes do not present cookies as complicated. They want you to enjoy the best of it easily!

The simplest way to impress any guest from Britain is to serve them Custard Creams. Their soft icing will melt in your mouth, sandwiched between two crispy biscuits. The vanilla-flavored icing kicks in later when and that is when all the butter will melt in your mouth. The covering biscuits are custard flavored, and when the icing is spread onto them, the combination becomes purely heavenly. British recipes for cookies would want you to a turn a professional baker. And it won’t be a deal of loss!

The spicy and biting, ginger is loathed in large quantities. But the Ginger Nut Cookies serve you ginger in just the right amounts. With cream, butter, caster sugar, and nuts, all mixed to give you a unique flavor, there is no reason why you should hold back from trying these. If you are worried about the peculiar gingery flavor attacking your taste buds, you’ll be relieved to know that ginger nuts stand in top 10 cookies of Britain. Golden syrup is prominent in British recipes, which will mask the strong taste.

Figs are naturally sweet and have a very pleasing flavor. The British put that to use in their trademark cookies and turned them to fig rolls. Once you taste them, you’ll be thankful for their genius minds. The figs are boiled and turned to a spread which is evenly laid on each cookie strip and then rolled and baked. British recipes are full-proof and there is no scope for anything going wrong.

These British recipes have brought the most amazing and famous biscuits to you. Just pick yours and start baking.