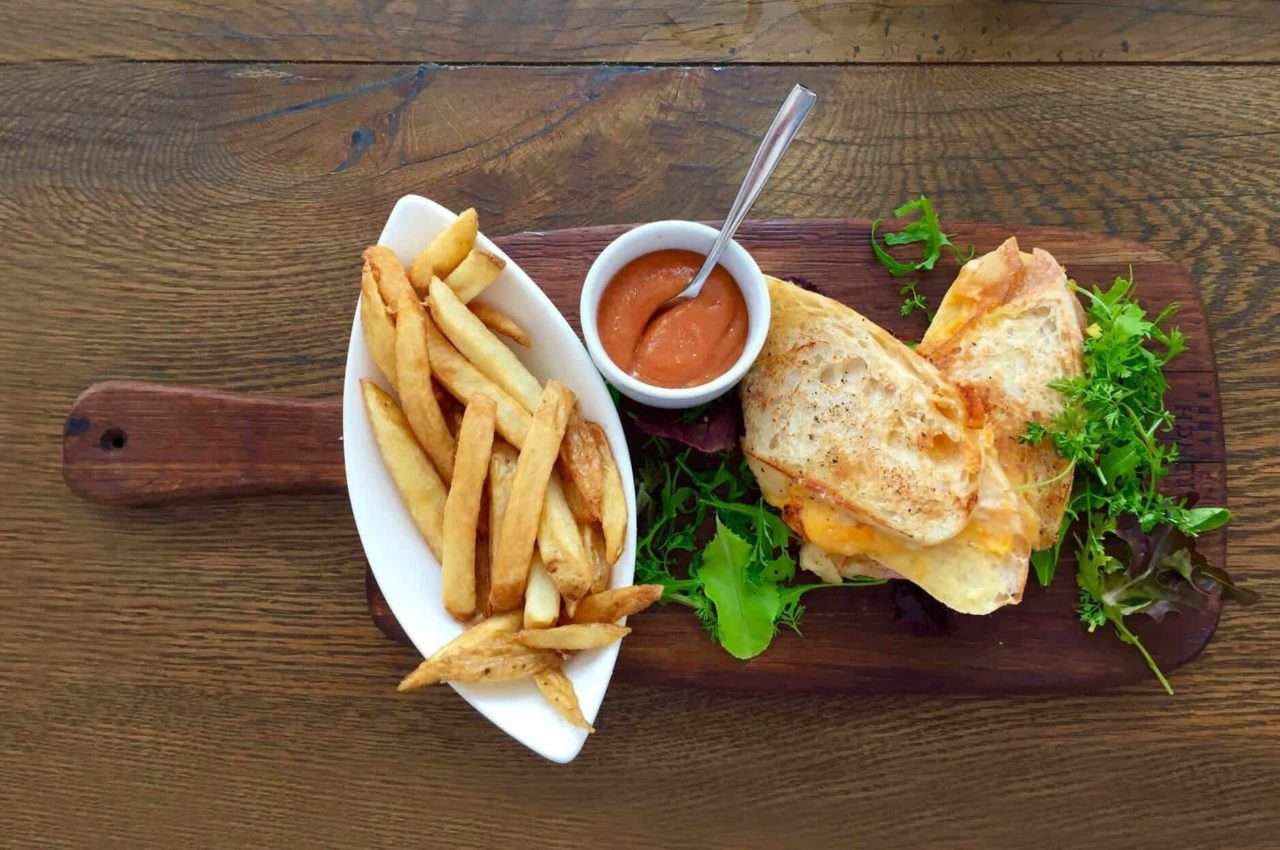 The world remains in awe of French cuisine. Famous for its meticulously and elaborately prepared meats, there lies much more in the vegetarian side too. The exotic salads with fresh and crunchy vegetables also form an important part of a French meal. But that is not all. The vegetarian platter of French recipes is as versatile as its non-vegetarian counterpart. Hence we bring to you the four best French recipes, without a fraction of meat in them!

This recipe is a blend of multiple classic flavors. The tang of Roquefort cheese combined with the sweetness of onions, and salty tastes, all are layered in the tart. You can use this baked pastry dish to serve with any of the meals. Be it breakfast, lunch or dinner; all can easily embrace this little tart. The Roquefort cheese has a distinguishable piquant flavor, which in turn makes these French recipes stand out from the rest. It is baked for an average time of 40 mins. This tart is a great vegetarian recipe for starting with your exploration of vegetarian French cuisine.

Cheese is an inherent part of many French dishes. If you are a cheese lover, you will love these miniature cheese puffs known as Gougeres. Again a pastry dish like the tart above, these are small in size and only flavored with the Gruyere, Comte, or Emmental cheese. The key ingredients include choux pastry and any kind of the mentioned cheese. If you’ve never had the opportunity to try these, go ahead and cook some of your own. This is one of the easiest French recipes you’ll come across!

This French vegetable dish frequently finds its way in the main course, or as the side dish. The people of Nice province in France created this as a staple diet for the poor. However, everyone loved it as it grew. Traditionally a vegetable stew, tomatoes, garlic, and peppers form the base. Use of olive oil is prevalent, which should be of the best quality. Even though making Ratatouille is still cheaper than most French recipes, the ingredients should not be compromised with. Overcooking is a big no! The secret to perfection lies in keeping all the vegetables distinct.

Various variants of soufflés are popular in mainland France. The chocolate and vanilla versions are typically served as desserts. But the spinach soufflé is a vegetarian dish. It is perfect for a snack or side dish in the main course.  These are delicate and fragile, which adds to the softness. The flavors melt as soon as they touch the tip of the tongue. Adding to its taste are garlic, salt, and peppers which give the spinach a subtle flavor. If you wonder how spinach can be savory, French recipes will tell you just right.

We only see the non-vegetarian French recipes in limelight, while the classic dishes are sidelined. The lambs, duck meats, and pork have all assumed a central frame within French cuisine. So it’s time to walk around and travel on sidewalks!